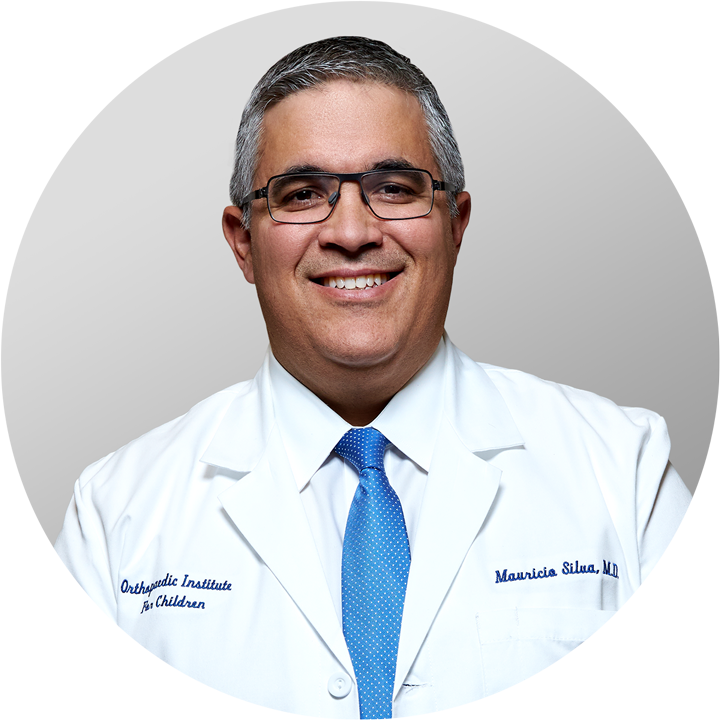 Medical Director of LuskinOIC.
Clinical Professor and the Vice Chair of Clinical Operations of the Department of Orthopaedic Surgery, David Geffen School of Medicine at UCLA

Dr. Mauricio Silva is the Medical Director of Luskin Orthopaedic Institute for Children in Los Angeles and a Clinical Professor at the Department of Orthopaedic Surgery, David Geffen School of Medicine at UCLA. Dr. Silva is a board certified orthopaedic surgeon. His clinical interest includes pediatric orthopaedic trauma and outcomes, management of clubfoot deformities, and the management of musculoskeletal complications associated with hemophilia.

He received his medical degree from the Pontificia Universidad Javeriana in Bogotá, Colombia in 1993, and completed his orthopaedic residency at the same institution in 1999. Dr. Silva joined Luskin Orthopaedic Institute for Children in 1999, completing his fellowship in pediatric orthopaedics at LuskinOIC in 2004.

He has published over 50 peer reviewed articles and multiple book chapters. Dr. Silva is a member of AAOS, POSNA, COA, and the Colombian Society of Orthopaedic Surgery.

Specialist in Orthopedics and Traumatology degree issued on April 15, 1999.

Medical Advisory Board, World Federation of Hemophilia, May 2014 – July 2016.

Chair, Musculoskeletal Committee of the World Federation of Hemophilia, May 2014 – July 2016.

Senior Vice-Chair, Musculoskeletal Committee of the World Federation of Hemophilia, July 2012 – May 2014.

Steering Committee of the International Registry on Knee Arthroplasty in Hemophiliacs, October 2010 – 2012.